I added some additional information about Sylvan Hill that I found in John Rozier’s book. Please scroll down! 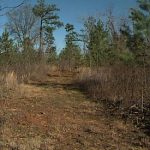 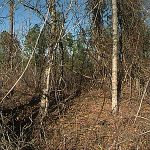 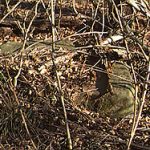 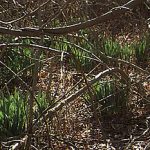 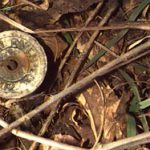 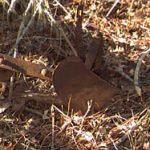 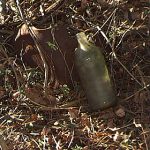 Yesterday afternoon, we went over to Sylvan Hill with Mary Franklyn Garrard and Jewel Thompson, whom went with me earlier to show the location of Sylvan Hill, and Frederick Arnold, also in his late 80s.
Fred had told Jewel that the location of Sylvan Hill was not where she thought it was because the road had been changed years ago. He showed us where the old road ran and we walked back through the property that he says is the location of Sylvan Hill. We did not find much because the land has been cultivated and there are pines planted there now. We did find several stacks of rock rubble and a few other indications of foundation stones. He also said that there was a brick factory on the property and that he has a few of the bricks that were made there.
It looks that we are back to square one about Sylvan Hill though. There is one other person, over 90, that I will talk to. He is supposed to know a lot about that area too.
We also went to a cemetary that had Carolyn’s great grandfather and grandmother. She had never known where they were buried. It was in a remote area and had not been kept up. She had died in 1915 and his marker did not have a death date engraved.

Sunday afternoon, I found the place where our ancestors settled in Hancock County, a place called Sylvan Hill. Old maps spell it as Sylvian Hill. It is located only a few miles from my house, however, driving to it is about 10 or more miles. It is located on a high ridge and there are remnants of rock foundations and chimneys there. Some years, maybe decades, ago the property was sold to a pulpwood company and their procedures in such purchases is to demolish all structures, for tax purposes. Several older people I have met remember the old house that was there. It is unlikely that it is a carryover from the late 1700s / early 1800s, however, it is possible. It was awesome to walk on the ground once walked upon by our ancestors 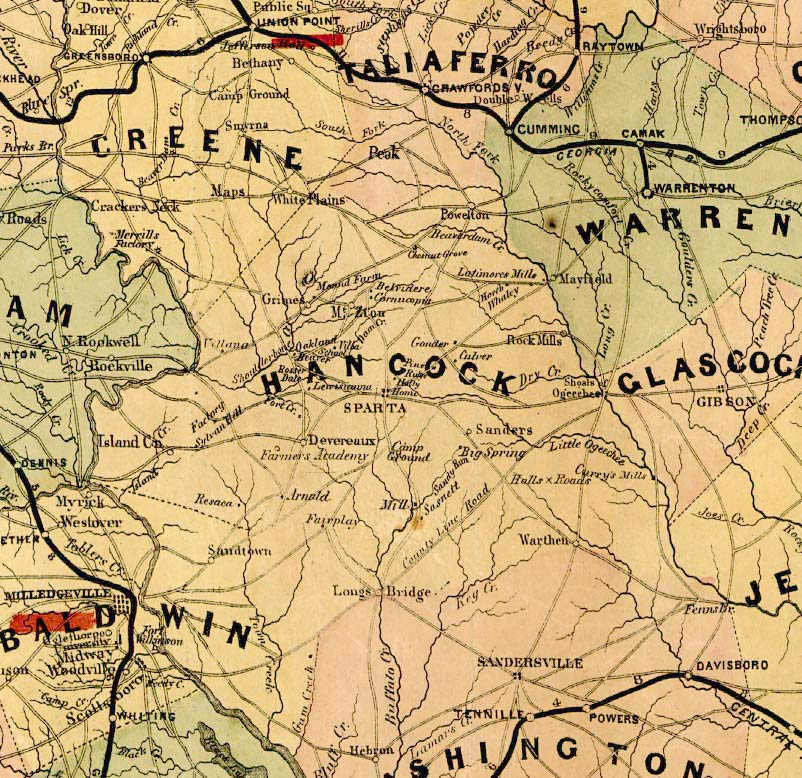 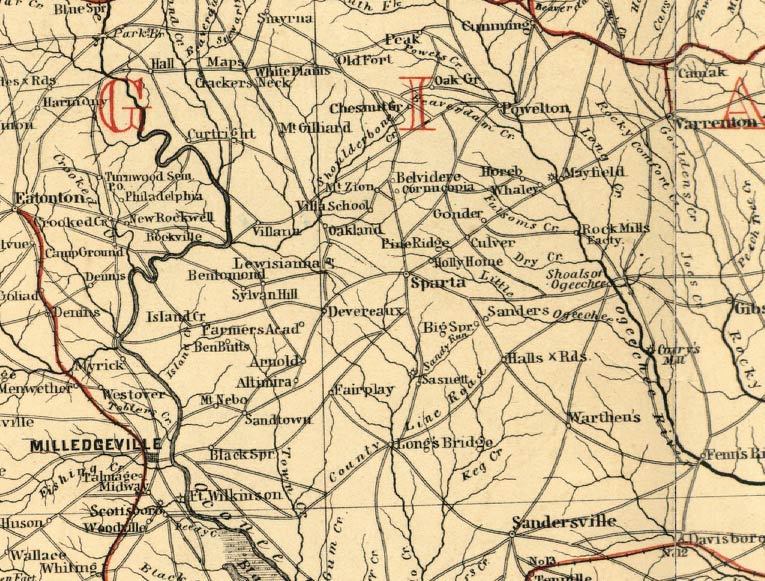 This past weekend, Dad took me up to Sylvan Hill.
I wandered back and found the remnants of the structures he mentioned. It really gave me a feeling of awe.

“Sylvan Hill described an area near Devereux that became a prosperous farming section in Hancock County. Around Log Dam and Sandy Run creeks settled Hancock’s earliest families: the Roes, Harpers, Clay tons, Warrens, and Simmonses, including John Roe and Thomas Clayton Jr. The pattern of the Clayton family migrations is familiar: down the east coast from Maryland to North Carolina to Georgia and then to the old South-West, Alabama and beyond. Thomas Clayton Jr. (1790-1834) accompanied his father to Hancock County in 1804. The elder Clayton was a carpenter and a shrewd assembler of land. Georgia, with its system of land grants, was a good place to be. The father moved on in a few years to fresher lands, but Thomas remained and amassed a sizable holding of his own. In 1825 he owned more than 700 acres on Sandy Run Creek and nearly 500 acres in Rabun County in the North Georgia mountains. He was a captain of the local militia, and his district became known as Captain Clayton’s. Clayton married Susan Heath Bonner in 1813, and they had six children including Sarah Rawls Clayton. Sarah Clayton married Colonel Thomas Mickleberry (sometimes spelled Micklebury) Turner in 1837 and was for much of her long life the mistress of the Sayre-Turner-Shivers House in Sparta. In the 1980s the ancestral Turners joined their kin in Alabama. Forrest Shivers, a great-grandson, inherited their portraits, and they now hang in his house in Opelika, which was moved to Okelika from its original site in Hancock County. The Turner portraits appear in Early Georgia Portraits. The Clayton house may have been called Sylvan Hill at one time. The name appears to have been applied both to the district and to Captain Clayton’s house. William G. Bonner’s 1847 Georgia map shows a plantation named Sylvan Hill in the approximate location of the Clayton house. Several Hancock plantations are shown on the map, each marked with a dot and an appropriate name. Captain Clayton died in 1834 and was buried on his farm. By 1839 his widow had sold the homestead and moved to Alabama. A descendant, Margaret Clayton Russell, published a book about the family in 1993′. A relative had tracked down the Clayton house in 1948 with the aid of Devereux’s historian, Lora West. At that time the house was described as “ready to fall down.” Outside walls and two chimneys were standing, but the roof was gone. The front steps to a small porch and the front door also were missing. A large wainscotted room on the left with “lovely woodwork” impressed the visiting relative. On the right were two smaller rooms. Chimneys indicated fireplaces in the larger rooms. At the back of the house the outline of another room appeared. At least three rooms were upstairs, and possibly another to the right of the porch. Despite many visits beginning in 198r, Margaret Clayton Russell, a meticulous scholar and archeologist, had some reservations about the site that was pointed out to her as the location of the Clayton house. She had expected it to be a little closer to the ford on Sandy Run Creek instead of on Log Dam Creek, but she later concluded that it was the proper site. She first saw the spot 33 years after a relative described the house as “ready to fall.” By that time only traces remained of an old house site, about 3 5 by 4 5 feet. The chimneys had fallen long ago. The bricks, “irregular and obviously hand made,” were similar to the bricks at the nearby grave site of Thomas Clayton. She found a few remnants of heart pine boards with rusted square nails still in them. “Big old cedars, rose bushes, osage oranges and brambles covered what had been the front yard.” Examining her sketch of the ruins, Russell became convinced that the Clayton house was similar to the John Roe House, which was originally right at the ford at Sandy Run. “I don’t think the Clayton House was half-timbered (though it could have been) but the floor plan had a ‘big room’ and a couple of small rooms just inside the entrance and it had fancy wainscotting in the big room. I just get the feeling the house was a ‘hall’ type house, not Greek Revival and not a rough frontier house.” Like many Hancock County families, several of the Clay tons moved on to Alabama, where they produced a governor, a congressman, a general, and a university president.” (Rozier, 1999)

SOURCES
“This material comes from Margaret Clayton Russell’s book James Clayton of North Carolina. Some pages give insight into education for privileged young women in the cotton South in the early 19th century. When’ Thomas Clayton’s daughter Sarah was ten she attended school for two years at the Farmers Academy near Devereux. After her father died she and her sister Elizabeth studied at Sereno Taylor’s Sparta Model School and boarded with the Gideon Holseys. In 1835 they transferred to South Carolina Female Collegiate Institute near Colunlbia, South Carolina. In letters to the author, 12 and 23 February 1995, Margaret Russell explained the conclusions she had reached about the house.” (Rozier, 1999)

SYLVAN HILL HOTEL
Mineral Spring
“After the Civil War a hotel was opened in the Sylvan Hill area to accommodate people who came to the mineral springs. The Sparta Times and Planter announced the opening date as 4 July 1870. Dr. T. J. Jones and Dr. H. L. Alfriend endorsed the medicinal values of “this fine water.” The opening was to feature a barbecue and West’s band to entertain the crowd (Times and Planter, as quoted by ERT [Eloise Rozier Turner] in her column in the Ishmaelite, 2 June 1955).” (Rozier, 1999)