This past weekend, my older brother Ed and I drove over to the ol’ property with my Dad. He didn’t remember going out there, which made it all the more reason to go! 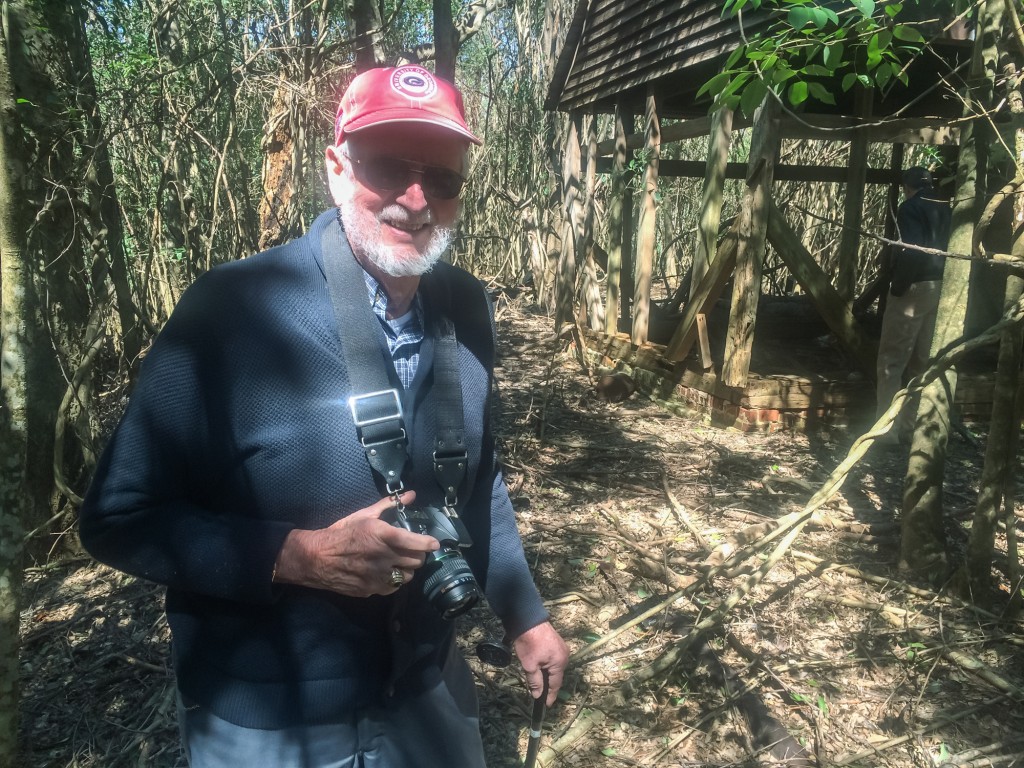 He used his camera to take a few photos; 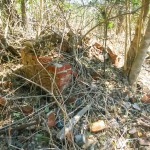 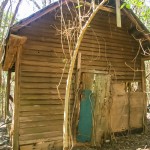 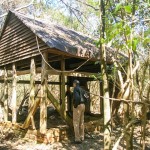 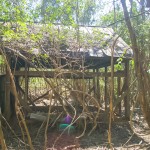 And, a little information from Roger W, Stembridge, a cousin, who joint owns the property with his sister. 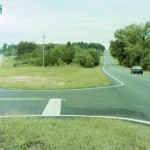 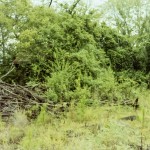 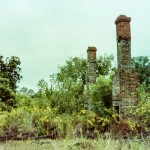 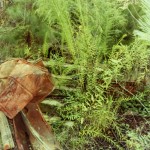 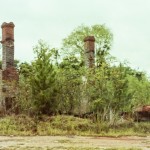 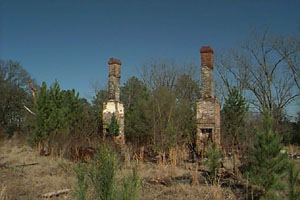 The property is about 300 acres or so. We let it grow up in timber since Daddy and Mother decided not to live there. At the present time, the property is jointly owned by me, Roger W. Stembridge, Jr. and my sister, Mildred K. Stembridge Norris. We are right in the middle of the Fall Line Freeway controversy with the crowd that wants to take the end of the property for the Fall Line Freeway. The old family house was built in the 1800’s with slave labor by my Grandfather, John Wesley Stembridge. The timbers that were used in the foundation were brought out of the woods by mule and honed down level to sit on the brick pillars. This was very evident the night the house burned. John W. Stembridge, and his wife, Mary Leverett Stembridge live there until John died in the early 1900’s. There were 10 children and 2 Foster children raised by John and Mary. After John’s Death, Mary lived with her son, Roger W. Stembridge Sr., until she died in 1958. John almost lost the property to the bo-weivel early in the 1920’s when the weevil ate up the cotton crops. My father, Roger Stembridge Sr. bought the property from his mother after he came home from World War I. It has been in the family since. The old house burned Easter weekend of 1990. It was deliberately set, and was so old that it went rather quickly. I found out about it when I got a call from who I believe was the arsonist telling me “your old house is old house is on fire.” To this date, this is an open case. The old slave quarters are gone now, but there are some old uncapped wells behind the house where the old quarters were. The old smokehouse you took a photo of is all that is left standing. I do hunt the property. The gas right of way that runs down the end of it goes all the way to the Oconee River, but the property does not. My sister and I plan to keep the property in our families forever.

I first visited the site for the Stembridge Farm last summer. My Dad brought me over with my wife and kids. The old farmhouse burned down within the last 10 years. I’m not sure how much land is actually still owned by Stembridges’; but I do know that Roger Stembridge owns the land where the Farm once stood. Clara I’Della Stembridge, my Great-Grandmother is buried on the property. She has a stained-glass window dedicated to her at the Milledgeville United Methodist Church. 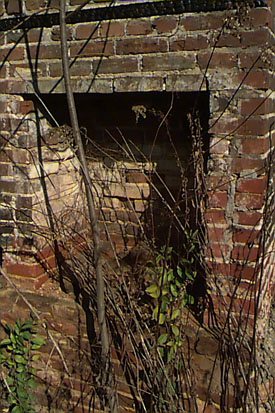 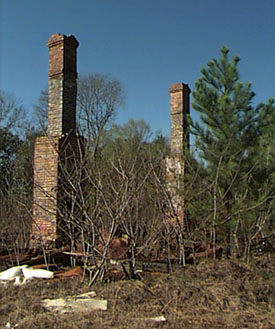 This is the remnants of the old Stembridge Home 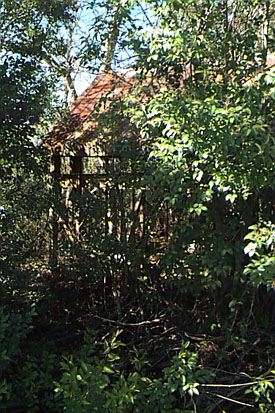 The old smokehouse still stands behind the burned-out house. 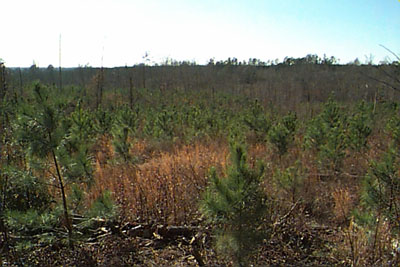 This is a shot looking out behind the burned-out Stembridge House. There is a road that leads back out into the land. Looks like you’ll need a 4 x 4 vehicle though. There are a number of deer stands visable.

This entry was posted in Genealogy. Bookmark the permalink.